A Blockchain and Fintech School steeped in the advancements made in all things related to Blockchain Technologies and Innovations. This University will be built on 200,000 square meters of land facing and on the edge of the Black Sea, in Varna Bulgaria.

We are in talks and discussions right now with key Governance people on the possibility of letting this Pandora University be the CENTRAL HUB of most of the EU Blockchain Advancements. Also in discussions will be the €9 Billion Euro Economic Stimulus Packages that are in place for the entire Balkan Region; these will take place between the Foundation’s Chief Advisor, the former CEO of the CHICAGO MERCHANTILE EXCHANGE, the CME GROUP, Phupinder Gill. 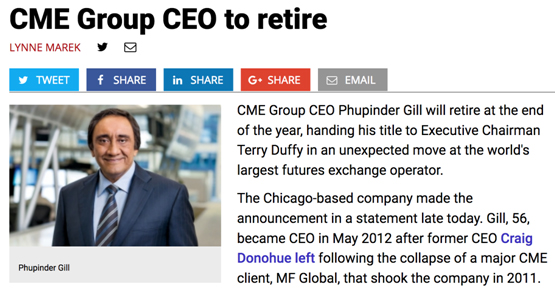 The Head of this Bulgaria Pandora University will be a current RECTOR of one of the biggest Universities in Varna. We are in negotiations now to bring him on board.

These Gentlemen and a few other powerful folks will also be at the helm of several other Projects listed below as part of the Foundation’s Initiatives.

This is an inaugural Artist’s Conception of What the University will look like, with 274 Containers stacked in a Steel Frame with Geodesic Structures on either side containing Flora from various parts of the world represented in the Sister-City Blockchain Project.

This project to build a Blockchain and Cybersecurity University in the heart of the City of Varna, Bulgaria. A Blockchain and Fintech School steeped in the advancements made in all things related to Blockchain Technologies, Banking and Innovations in Finance, will also serve as the CyberSecurity Hub for EU-based Start-ups and State-level Businesses.

The Rector of one of the largest Universities in Bulgaria, has already agreed in principle to sell 200,000 sq. meters of prime land to the Dr Mel Gill Foundation, provided we provide some kind of non-negotiable agreement or contract that we will be building a “Blockchain University” and a “CyberSecurity Education Hub” within the next 2 years under an MOU with the relevant Bulgarian Ministry. 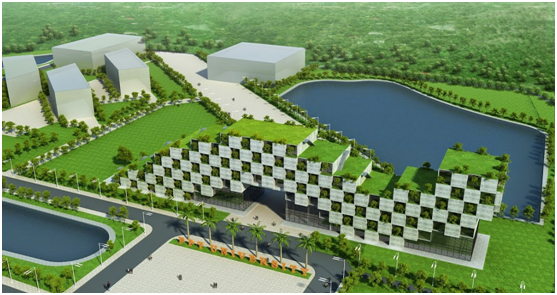 The Foundation would then act as the Educational Hub for all of the European Union as well a model for all the other countries to protect borders and keep the Commerce Environment “Hacker-free” and Secure.

The total project costs have determined to be in the region of not less than €50 million, which includes the land, the 274 Shipping Container inspired Main building, the two 40 meter high Geodesic Dome Structures at either end, plus the honeycombed dormitory facilities for visiting Professors, Staff, Students and Summer School Diplomates, as well as the operating costs for the first 2 years. 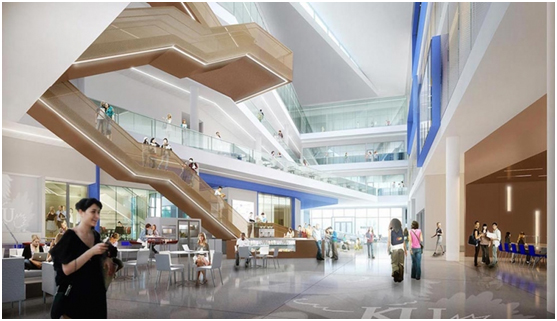 The School is based on the International Baccalaureate System and students have a Liberal choice to study whatever the current repertoires of classes are, for FREE. These classes will be broadcast LIVE around the World and students connected to the Internet can earn credits this way, also for FREE. This University will eventually teach almost ALL subjects in Phase 3 and reach the 500 million students around the planet that cannot afford to attend University.

I am in talks to negotiate with a EUROPEAN UNION COMMISSIONER to continue funding this University after our initial build stage in Phase 1. The Rector has also agreed in principle, to be the Rector of our University. His job is to seek both American and European Accreditation and to define International University Partnerships.

He has very high connections to the Prime Minister, other country Defense Ministers and to the EU Commissioner. He is very highly respected and he believes in the advancement of Humanity and has a great respect for the Foundation and its founding Principles.

If funded immediately, the project can begin as soon as December 2018 and be fully operational by December 2019.

The Dome Structures will be for student Recreation and Relaxation areas, and a Costa Coffee Franchise Application has just been initiated for this purpose. The Domes will have an “Off-Limits” section at ground level housing the Trees, Plants and Butterfly Garden. No students will be allowed access here for Eco-sensitive reasons. But a high-raised platform will host the student and Coffee Shop areas. 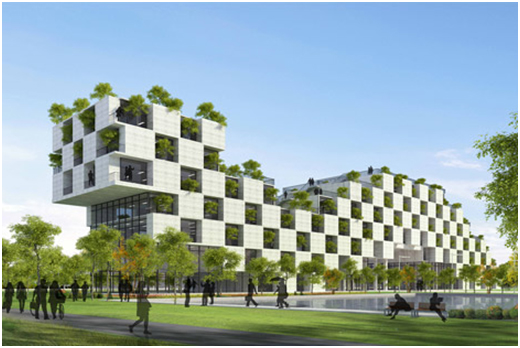